A rather detailed collection of indie projects, drafts, books in progress, former out-of-print editions, updated on a rolling basis, is available HERE.
Alternatively, most publications are available on A|A|C. 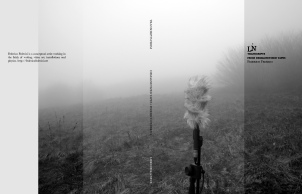 One intriguing puzzle remains: how do book-crossed copies ‘know’ how camouflaged their own covers are to a reader on a particular shelf? – Rose Anne Blakey

Resting out on improvised bookshelves can be a risky business for book-crossed copies. Out in urban or wild habitats, they have nowhere to hide and their covers, which show varying shades of colours are dangerously exposed to voracious readers hunting.
New research by Rose Anne Blakey from the University of Princeton’s Department of Contemporary Writings shows that each copy is able to choose its resting spot wisely and select a rock, a branch or a shelf in its natural environment that will make its cover less conspicuous to reading predators.
“This suggests that book-crossed copies can choose to rest on the place they will most resemble, which enhances their own degree of camouflage against visually-oriented predatory readers.” – says Rose Anne Blakey – “This is the first result of its kind in book-crossing, and in book-crossed poetry specifically.”
“One intriguing puzzle remains: how do book-crossed copies ‘know’ how camouflaged their own covers are to a reader on a particular shelf?” She adds.
Evidences strongly suggest that copies rest on backgrounds that heighten their own camouflage to reduce the risk of being picked by readers.
The researchers also found that book-crossed copies’ resting site choices, that heightened individual camouflage, are more evident in places with higher numbers of predatory reader species, suggesting that this behavioural defence is more likely to evolve in riskier environments. It was also more apparent in poetry books, probably because prose books have a conflicting need to stand out against the background to attract absent-minded readers. 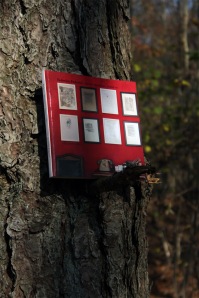 The books that want to be read:

The way I discovered the Berlin wall has fallen amazon.it | .com | .de | .uk

The book that doesn’t want to be read:

On 4th July 2014 two copies of Requiem auf einer Stele were left on the shelves of a special cupboard in Rottenburg am Neckar downtown. 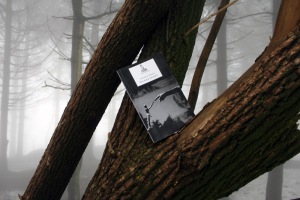 Some posts are password-protected. Feel free to email me to get the passwords, if you are curious. These images were shot immediately after yesterday’s reading in the woods.

In the past few days, ten draft copies of Requiem auf einer Stele have been bookcrossed in Berlin and its outskirts. Most of them are labelled with their unique ID (859-11287638). They are in every respect identical to the commercial edition but for the draft cover.

Details of the releases:
· on 26th July 2012 six copies were left on the shelves carved in the special dead trunks in Sredzkistrasse, Prenzlauer Berg;
· on 27th July 2012 two copies were set on the tables outside two old bookshops selling second hand books in Knesebeckstraße;
· on 1st August one copy was left on a seat at Tegel Airport Terminal D, and one other on seat 15F on Lufthansa flight LH 3490 from Berlin to Mailand-Linate;
· a few other copies and small bookmarks may have been left in different places around in Berlin.

All those who will read this post after turning to the net in search of information about Requiem auf einer Stele, will be presented with a new copy of the book and a copy of the new Red giants and dwarfs pamphlet (out soon). Just provide information (a photo maybe?) of where and when you picked up a copy or bookmark.

The Conversation Paperpress staff and I believe that poetry must always stretch from one hand to another. Words spoken and shared retain part of their meaning while simultaneously modifying the rest in the joyful variety of intonation.